*ksweyb- is a _very_ weird root. It has too many consonant, and way too many in the onset. It has a /*b/ which is an unusual/marginal phoneme in PIE. It is related to a number of variant roots, including some which appear to vary between /p/, /b/, and /bʰ/ for the last consonant (collectively symbolized as P). Further, one of the apparently derived roots uses morphology that was mostly lost in late Indo-European, so as a secondary root it must have been derived very early.

Only Indo-Iranian really can fully preserve a /*ks/ onset. Here are the four other Indo-Iranian words I can find starting with /*kš/, which demonstrate how weird this is as an IE onset

Simalrly, I know of no other case where Welsh /hw-/ onset corresponds to Irish /sc-/, which tentatively gives a Celtic reconstruction of /*xsw-/.

I have to theorize that this has an unusual origin, either a borrowing from an unknown adstrate or a possibly an onomatopoeia, which IE speakers have been desperately trying to fit into a reasonable shape ever since.

I wonder if it was related to a technology event, adopting some piece of weaving technology.

To get into completely wild speculation: the complex onset and the makes me wonder about a Sino-Tibetan connection, possibly the Sino-Tibetan root meaning "to weave" that gives Tibetan btang and Mandarin zhi/Cantonese zik (Old Chinese <*tjɯɡs); and presumably Thai tàk and chák.

That in turn calls to mind the example of the **mr root for "horse" which appears through out Asia (link), and suggests further possible connection to (as a doublet) Indo-European *teḱ-: "to produce, to weave", Proto-Turkic *doku-: "to weave", and/or Proto-Finnic *kuda-: "to weave". This is vastly beyond the scope of the comparative method, but if the word was borrowed from a highly marked source (and *ksweyb- certainly suggests a highly marked source!), those are all possible attempts to fit the word into native phonologies. 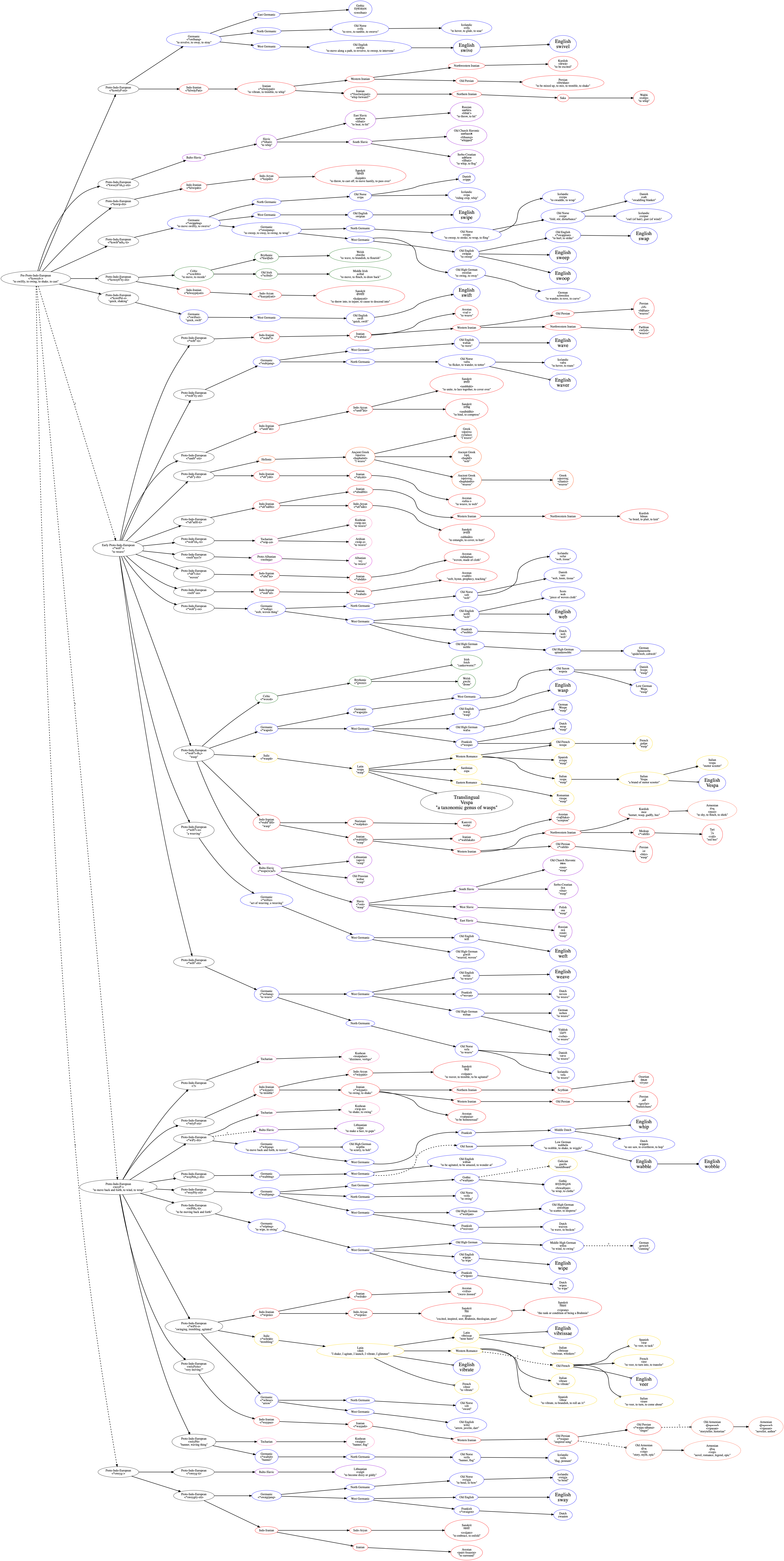