In which "horse" and "car" turn out to be almost identical words! Both from <*kr̥sos>: "running thing". 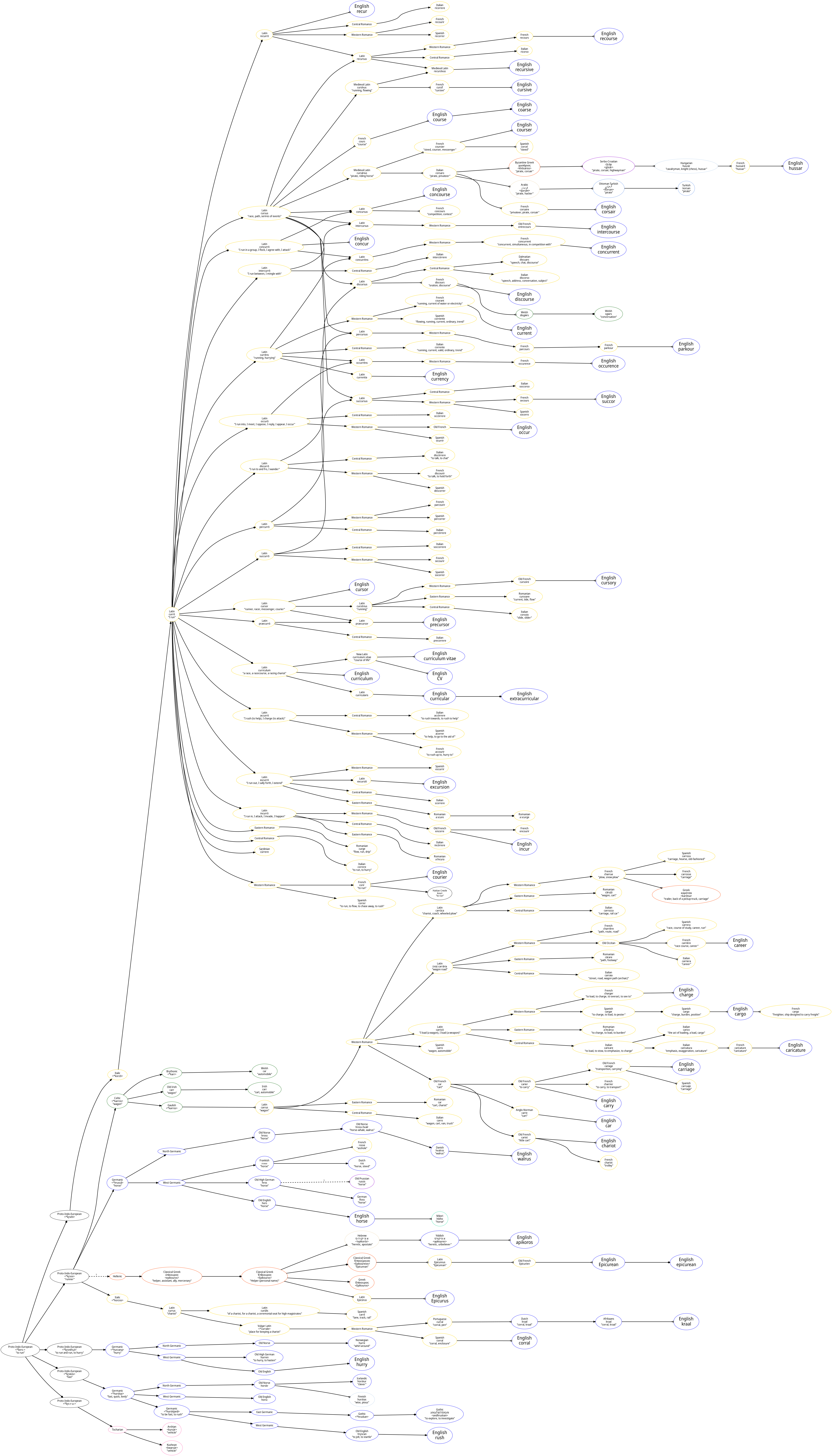