It has long been noted that the Ancient Greek λέων léon: "lion" (whence the word for lion in nearly all Balto-Slavic, Germanic, and Italic languages, as well as a few others) looks almost like it comes from Semitic *labu, but not quite. Pre-Classical Greek would be expect to have a digamma in the middle (loss of digamma is completely regular), λέϝων léwo(n). This is corroborated in Mycenean Greek by the Linear B 𐀩𐀺 (r/l)e-wo (Linear B does not distinguish between Greek r and l sounds, assumed to be because the Minoan language did not have separate sounds of r and l.) The similarity between lewo and labu is even harder to dismiss, but still irregular.

I would suggest that Mycenaean Greek gets 𐀩𐀺 (r/l)e-wo from 𓃭 rw, the Egyptian reflex of the same Afro-Asiatic. And that it came via Minoan, which probably had only one liquid (thus lack of distinction in Cretan writing), and Mycenaean borrowed it as indeterminate between l and r, later settling to l, or that Minoan r was allophonically l in that position. 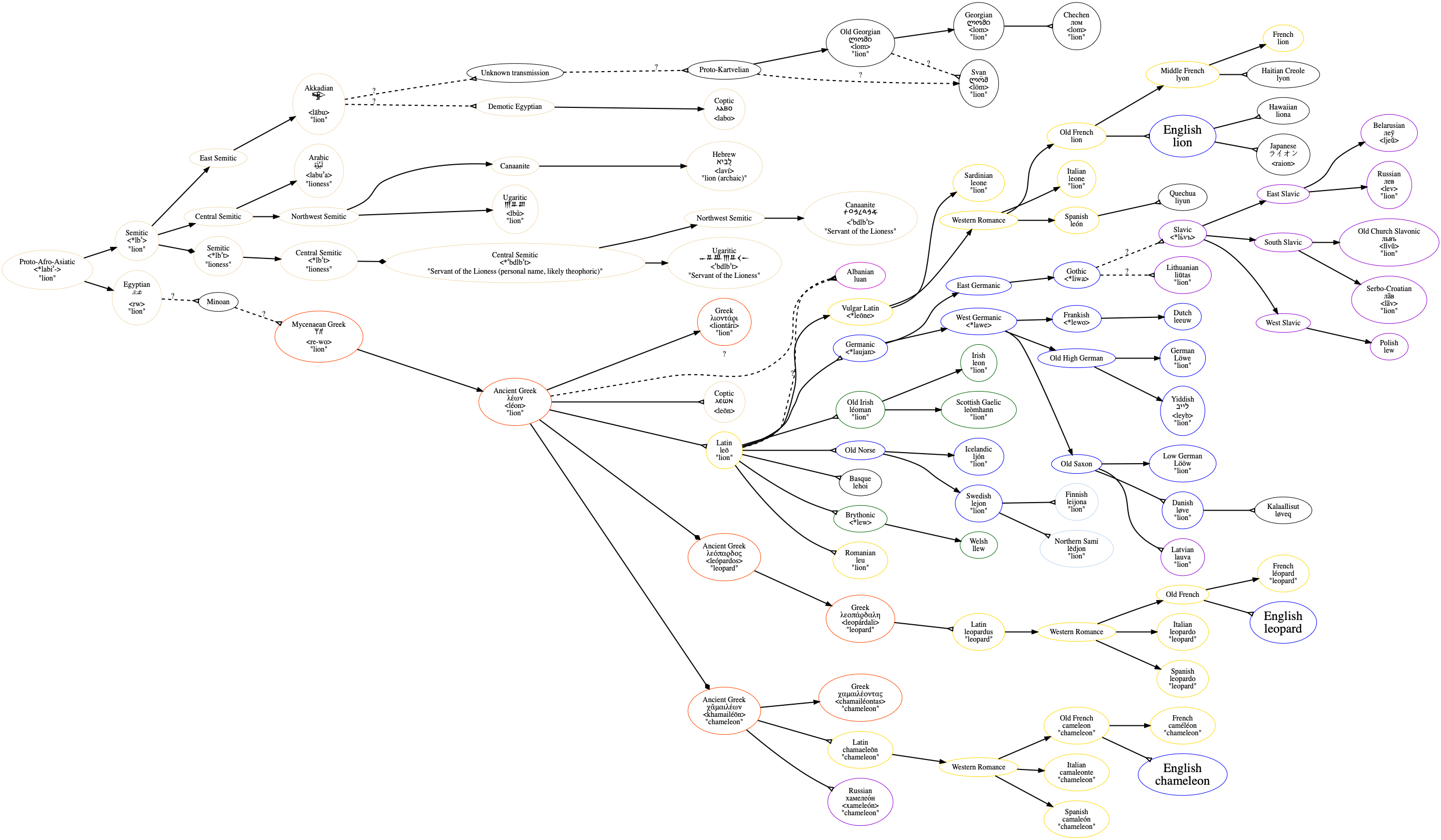